I was not a Julie's fan way back in Pinas. There was a Julie's branch in our area (Marilao crossing) but it closed a long time ago. I found their breads "very ordinary," or mas masarap pa nga yung mga tinitinda sa local bakeries sa may amin. 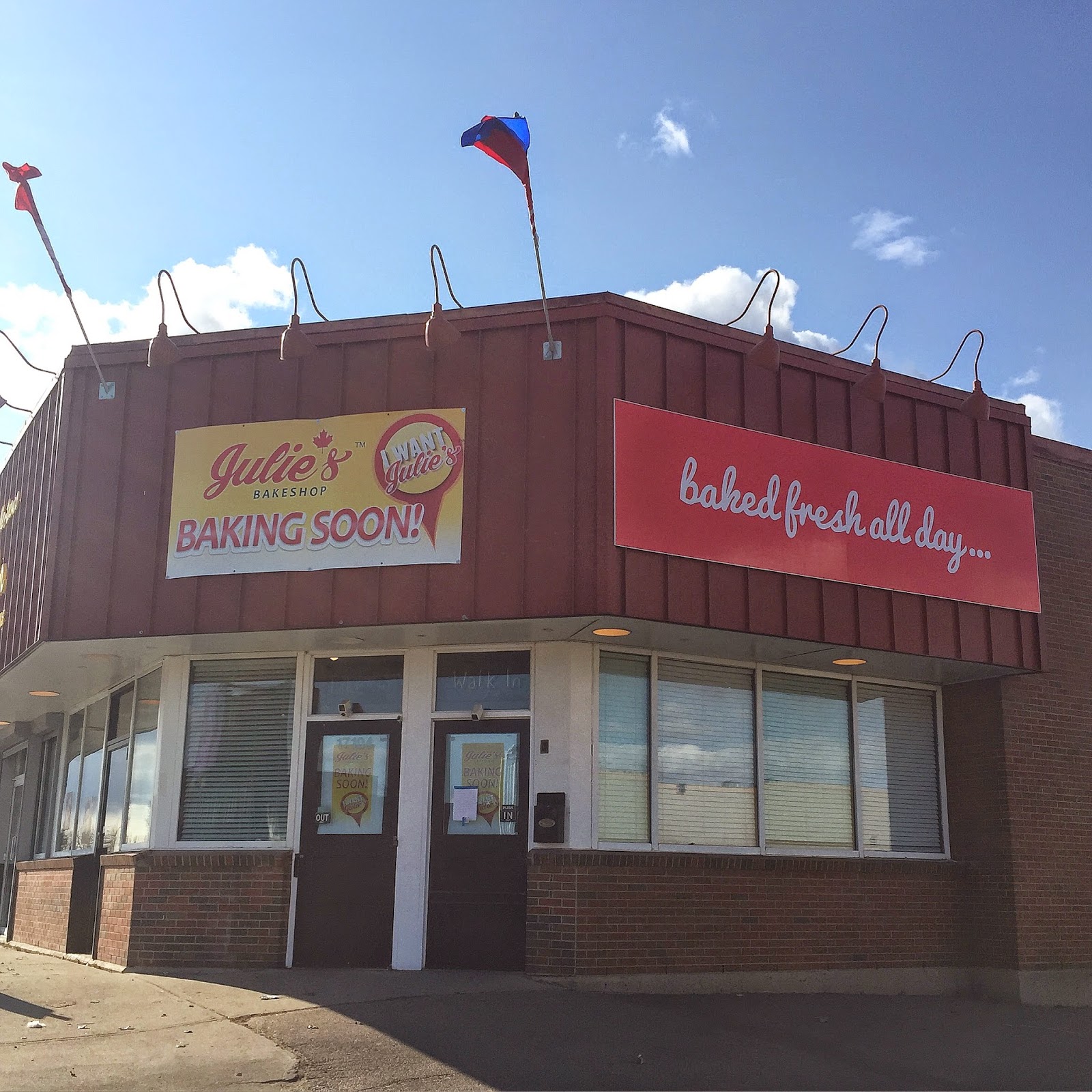 Still, we tried walking-in (the door was unlocked) and a very nice Caucasian lady informed us that they moved their opening date to April 27. They are still "perfecting" the breads, according to her. Nangangapa pa rin sila sa paggamit ng oven. She and her Pinoy husband went to the Philippines to train (franchise nga kasi).

There were some breads on their display shelf and she asked us kung gusto naming tikman. Ate June chose the pudding while I asked for the cheese roll (I don't know how it's called). We were so thrilled kasi ang sarap! Pinoy na pinoy ang lasa! We readily gave our seal of approval.

We are now looking forward to April 27 to taste their other breads. Sa wakas, hindi na rin kami made-deprive sa tinapay (lalo na si Ford who happens to be a 'bread person.'). I am so glad that the bakeshop is located here in the west area, kahit araw-araw makakabili kami. Sana lang affordable ang presyo.

Ces Blanco
Hello! I am Ces, a thirty-something Filipina who's living in Surrey, British Columbia with my husband Ford and son Nathan. Join me as I chronicle my experiences, feelings, thoughts, sentiments, and learnings in living here in Metro Vancouver. =)

All pictures (unless otherwise indicated) in this blog are mine. Please do not use them without my permission. Thanks!